A national survey of household pet lemur ownership in Madagascar

Primates are extracted from the wild for the pet trade across the world. In Madagascar, lemurs are kept as illegal pets and an understanding of lemur pet ownership at the national level is lacking. In 2013 and 2016, we undertook a national survey in 11 of Madagascar’s 22 administrative regions (n = 28 towns) with 1,709 households. To our knowledge, this is the first national survey of the household ownership of pet primates in a country where they are endemic. In the 1.5 years prior to being surveyed, 8% ± 4% (towns as replicates) of respondents had seen a captive lemur while a further 0.7% ± 0.5% of respondents had owned one personally. We estimate that 33,428 ± 24,846 lemurs were kept in Malagasy households in the six months prior to our survey efforts, with 18,462 ± 12,963 of these pet lemurs estimated in urban household alone. Rates of lemur ownership did not differ by province but increased with the human population of a town and with the popularity of the town on Flickr (a proxy indicator for tourism). We found that the visibility of pet lemur ownership did not differ across the country, but it did increase with the size of the town and popularity with tourists. Areas with visible pet lemurs were not always the areas with the highest rates of pet lemur ownership, highlighting that many pet lemurs are hidden from the general public. Our study highlights the need for conservation programs to consider both the proportion of inhabitants that own pet lemurs and the total number of lemurs that are potentially being kept as pets in those towns. We close by noting that for some species, even just a small amount of localized live extraction for pet ownership could be enough to cause localized population extinctions over time. Moreover, an urgent response is needed to combat a recent and alarming rise in illegal exploitation of biodiversity across Madagascar. 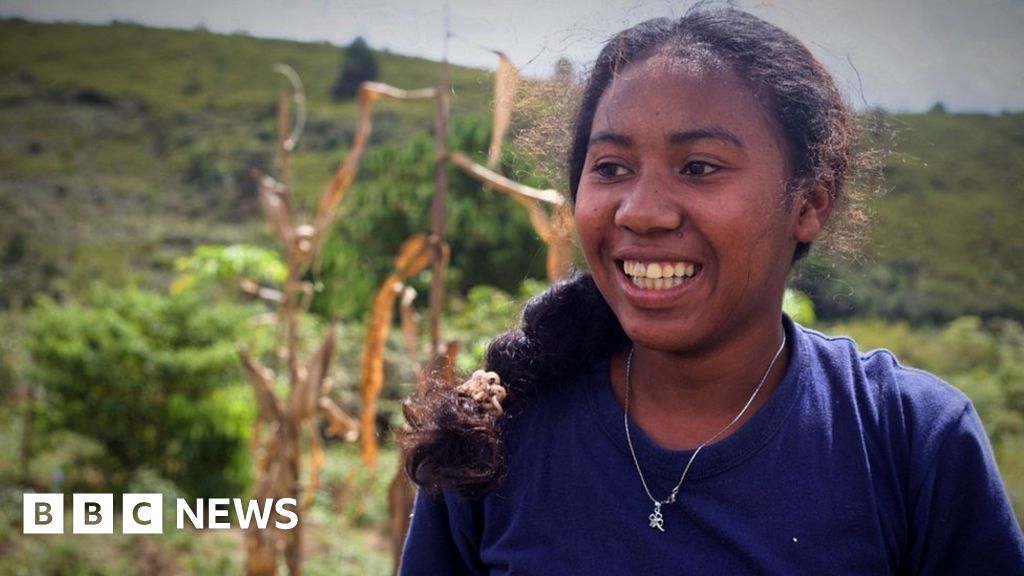 The island nation of Madagascar has a dubious accolade: it is the world-leader in deforestation. Now, some of the island's teenagers have started a farming revolution - working to stop food production from destroying the island's rich rainforest.

Dr Christoph Schwitzer has been Chief Zoological Officer and Deputy Chief Executive of the Bristol Zoological Society (BZS) since August 2018, with Executive Board responsibility for BZS’s two animal collections at Bristol Zoo Gardens and the Wild Place Project, as well as its veterinary services, its Institute of Conservation Science and Learning (including the Learning, and Field Conservation and Science departments), its public programming, and for Wild Place Project’s general daily operations. Prior to this he was BZS’s Director of Conservation for four years (2014–2018) and Head of Research for eight years (2006–2014). Before coming to Bristol, Christoph worked as part of the primatological research group at Cologne Zoo, Germany, and spent two years in Madagascar building a field station and heading a lemur research and conservation programme. Christoph gained his PhD in Zoology from the University of Cologne in 2003 and has been a Visiting Professor at the University of the West of England since 2013. He is the Deputy Chair and Red List Authority Coordinator of the IUCN Primate Specialist Group. He was a Vice President of the International Primatological Society between 2012 and 2016 and is currently the Vice President of the Association Européenne pour l’Etude et la Conservation des Lémuriens, a consortium of European zoos dedicated to lemur conservation. He is a trustee of the Natural History Consortium, serves on the Council of BIAZA and is a member of the EAZA Research Committee and the EAZA Prosimian TAG, and adviser to the EAZA Callitrichidae TAG.

Stacey Tecot is an Associate Professor of Anthropology and the Director of the Laboratory for the Evolutionary Endocrinology of Primates (LEEP) at the University of Arizona. She uses a combination of field and lab methods to understand how social and physical environments shape the behavior and physiology of humans and non-human primates. She is a primate behavioral ecologist and conservationist whose research examines the influence of climate and habitat disturbance on hormones, behavior, and distribution; the effects of dispersal patterns on male sociality and cooperation; hormonal correlates of infant care and cooperation; and social, kinship, and ecological influences on the gut microbiome. Her field research takes places in Madagascar, including Ranomafana National Park, Tsinjoarivo, and Kirindy Mitea National Park, and she also works collaboratively with other researchers on studies of humans, dogs, and monkeys.

I have worked in the field of lemur conservation and captive lemur management for over 40 years, both at the Duke Lemur Center (DLC) and at Parc Ivoloina, Madagascar.

As Curator of the DLC animal colony (2006-2017), I was responsible for animal management and breeding programs for the DLC’s approximately 250 prosimian primates. I coordinated our breeding programs with national and international priorities for conservation breeding, partnering with other universities, accredited institutions and zoos.

As Technical Advisor at Parc Ivoloina, Toamasina, Madagascar (1987-2004), on behalf of the DLC and the Madagascar Fauna & Flora Group, Charlie Welch and I led development of the Zoo & Forestry Station of Ivoloina which became a multi-faceted conservation center with programs of environmental education, captive breeding of lemurs, agroforestry, ecotourism and conservation capacity building. During this period, we also conducted the first-ever reintroduction of captive born lemurs to the wild in Madagascar (Varecia variegata re-stocking program in Betampona Reserve).

“Chevalier de l’Ordre National”, awarded by the President of Madagascar (2004)

“Certificat de Bonne Conduite”, awarded by the President of the Province of Toamasina, Madagascar (2004)

Espèces étudiées / Species: All lemur species that have been held in captivity (approx. 25 species)

Thank you for your donation!